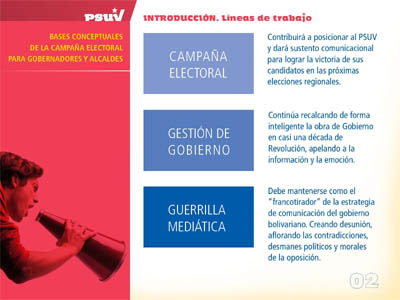 When I think about the last great depression, you and others, have argued that WWII is what ended it.

Or was it the rebuilding of Europe and Asia post hoc that restored "effective demand."

Either way it took a long time and a huge amount of demand to break that cycle.

Is that what it takes to defeat a crisis this deep, 10-15 years of stimulus.

And can we create those levels of "artificial" demand?

In my mind those questions remain unanswered and perhaps unanswerable.

Unfortunately, the demonization of unions has been so successful that untold numbers of workers reject organizing as a necessary condition for acquiring the power to have their demands met.

The impotence of millions of people who oppose the wars and favor single-payer health care demonstrates this.

Only a force capable of shutting down society can overcome the ruling class's intransigence, and that means organized labor and the strike.

It's all well and good for Paul Krugman, with whom I do not disagree, to explain how capitalist short-term greed actually hurts the ruling class by undermining economic stability and destroying markets.

But stupid and short-sighted as they may be, the wealthy are still wealthy.

Without extreme pressure from an organized, politicized labor movement, nothing will change for the working class.

It must begin with organized labor and the refusal to continue electing the back-stabbing Democrats.

If the know-nothing tea party movement can generate so much support in so short a time, a labor party advocated and supported by the most powerful unions can surely rally working people around Main Street issues and put up candidates who -- unlike Obama -- will work to make good on their campaign platforms

There is a vast, literally untapped market, especially in Asia, Africa and Eastern Europe of people whose basic needs are not being met - food, shelter, and a little clothing.

If Western political and marketing systems were not so myopic, they would understand that by meeting unmet human needs, they could open up a vast worldwide hinterland of consumption, contain the coming Depression, and hardly least make money.

The Chinese about forty years ago when they tried healthcare delivery in their provinces said they needed "barefoot doctors"." We need barefoot marketers today in the thousands, then the millions. This is what the business schools should teach, what business incubators should incubate, and venture capitalists fund.

Existing markets are mature, tapped out, and declining in purchasing power. Emerging markets are growing, but they exclude millions. Imagine what a marketer in Appalachia could do selling PVC-molded shoes, mass manufactured in the millions, at a dollar or two apiece for people who have not seen a new shoe in years.

About 300 million people in India alone, 500 million in Africa, some 125 million in Eastern Europe, are excluded from the basic consumer goods market. That's about three times the current US population waiting to be recognized, understood and catered to. A shoe, a shirt, maybe a prefab roof overhead and a square meal a day, not much to ask for.

And that's not half of it. I have left out the numbers for the rest of Asia and the disenfranchised in the Western world.