We stand for the proposition that all of us are created equal-worthy of the same rights to freedom, liberty, and equality.

The mission of the Log Cabin Republicans is to work within the Republican Party to advocate equal rights for all Americans, including gays and lesbians. Log Cabin's mission derives from our firm belief in the principles of limited government, individual liberty, individual responsibility, free markets and a strong national defense. We emphasize that these principles and the moral values on which they stand are consistent with the pursuit of equal treatment under the law for gay and lesbian Americans.

The mission of the Log Cabin Republicans shall be advanced at the local, state, and federal level. Our organization's strength comes from our grassroots chapters all around the nation. Coordinating strategy with the national office, these chapters create a powerful force for transforming the Republican Party.

We are loyal Republicans working for change within the party. Through education and action, we demonstrate that gay and lesbian Republicans can, in a spirit of solidarity and integrity, contribute substantially to building and sustaining a majority Republican Party and a great nation.

This effort will help secure full equality for gays and lesbians. Plus, it will create a stronger, larger, and more unified GOP, leading to the election of more fair-minded Republican candidates to public office at all levels of government.

Whereas, we believe in conservatism.

The core of the political philosophy known as conservatism is unbounded faith in liberty. This is driven by two beliefs: the power of the individual to self-direct his/her life and the proper role of government to protect and expand liberty, not to limit it. These dual beliefs validate gay and lesbian equality as sound conservative politics; and

Whereas, we believe in balanced budgets and fiscal discipline.

We advocate a balanced budget that reflects the accountability demanded by the American people for the use of their tax dollars. Deficit spending and increasing the national debt is an economic policy that serves America poorly. Reducing the national debt must be a priority. We must begin by reining in the growth of government and reducing the size of bureaucracy; and

Whereas, we believe in comprehensive tax reform.

The current tax code is in need of significant reform for the benefit of all Americans to provide for greater opportunities for economic advancement and to allow American businesses to compete with companies abroad. The code severely places gay and lesbian individuals at a disadvantage and should be adjusted to reflect a fairer structure.

Engaging in a substantive dialogue about reform of all parts of the tax code is important and should include reforms of income, gift, estate, corporate, capital gains, alternative minimum, Social Security Medicare and self-employment taxes. Lower taxes will afford all Americans, including gays and lesbians greater direction over the money they earn, invest and leave to the next generation; and

Whereas, we believe in revitalizing Social Security through allowing individuals to invest in their futures.

Social Security, in its present form, is not financially sustainable. As Republicans, we believe in personal responsibility, and consider the option of allowing Americans to invest their retirement benefits paid for by their payroll taxes as a rational way of opting out of the present system, as well as providing a beneficiary for those who chose to stay within the system. The beneficiary option would provide the gay and lesbian community with the ability to pass retirement funds to their partners, a benefit that currently only heterosexual marriage couples enjoy; and

Whereas, we believe in a strong national defense.

We believe in a strong national defense and support increased readiness for our military so that our country remains fully capable of defending itself against all enemies.

In order to continue being the strongest military, we advocate repealing the Don't Ask, Don't Tell law. This law prevents gay and lesbian Americans from openly serving in the military. Don't Ask, Don't Tell has reduced the strength of our military forces by dismissing those with valuable skill sets during times of war. The United States military should join the ranks of other countries like Great Britain, Italy, Germany, Israel, Australia and Canada, in allowing openly gays and lesbians to serve their country in the military. All military personnel should conduct themselves to the rules and regulations of the military. All should be equally judged on their individual conduct based on those rules.

Fighting terrorism must continue to be a main priority of our government. Terrorism affects all Americans, regardless of sexual orientation, and we must protect every human from the hatred and cruel practices of terrorists.

The rash of killings of gay and lesbian people around the world, specifically in the Middle East, also must end. Liberty for all does not just stop at our borders; it must include liberty for all human beings. The United States should have a strong policy against this worldwide injustice, and seek a dialogue with those countries committing such atrocities in hopes of eliminating these crimes against humanity; and

Whereas, we support legal immigration reforms that are fair and humane.

Enforcing existing laws could reduce the flow of illegal immigrants to our country. We advocate for a streamlined legal immigration path for students with higher education and a solid record of achievement, and a guest worker program for industries that are unable to hire adequate numbers of Americans.

We further advocate for allowing legal immigration of gay and lesbian partners/spouses from other countries to the same extent that it is legal for heterosexual spouses to gain citizenship. Discrimination by the federal government in this area is often overlooked. But to the many Americans who are trying to live with their foreign partner/spouse of the same sex this inequity is intolerable.

We also believe that discriminating against those infected with HIV/AIDS from traveling to this country is wrong and an outdated policy that hinders our country from advancing research and education on HIV/AIDS; and

Whereas, we support marriage equality for all Americans.

As a conservative organization, we recognize the value traditional marriage has served in our history. We believe that allowing same-sex individuals to marry with government recognition and responsibilities will add value and strength to the long-standing institution of marriage.

In recognizing there are bans on same-sex marriage in much of the country, we strongly advocate civil unions as an interim measure, provided it offers identical protections and benefits of heterosexual marriage laws.

We believe that the management of marriage and civil union laws should be defined by the states, as is our historical practice. Until marriage equality is achieved, we advocate for our state and national governments to add same-sex couples on their tax forms to obtain the same advantages as a married couple.

Allowing all Americans to marry the one person they love is an individual right that is the very essence of what our founding fathers deemed "the pursuit of happiness;" and

Whereas, we believe in a broad, inclusive definition of family in America.

The family unit is a cornerstone of any society, especially in America. Millions of gay and lesbian families have become a growing part of that cornerstone. We advocate adoption as the best alternative to unwanted pregnancies in this country. All Americans who are loving and responsible, regardless of sexual orientation, should be given every right to offer a child a loving home, either through adoption or foster care; and

Whereas, we support non-discrimination in employment.

Nobody should be dismissed from a job because of his or her sexual orientation. Everyone has the right to be treated with dignity and respect, without regard to sexual orientation. While there is no right to be hired and no guarantee that a job will be held forever, there must be equitable opportunity to compete for and be awarded a job based on merit, as well as fair treatment based on job performance in an environment that is untainted by disrespect and discrimination; and

Whereas, we believe in market driven health reform.

Health issues affect all Americans. Our current health system is driven by perverse incentives that result in high costs and limited access. We oppose government-run health care, believing that government has been the source of most of the factors that are warping the health care marketplace. We support market-driven reform that will incentivize private insurers to lower rates and broaden coverage.

HIV/AIDS continues to impact American society in a horrible way across all demographics. Assisting those living with HIV and AIDS by making sure there is access to treatment and care and fighting for better therapies, newer treatment targets and a cure must be a priority of our health system.

Prevention messaging must not only be broad so as to reach all Americans but targeted to those communities most at risk. Stigma, a driving force of the pandemic throughout the world and in the United States, needs to be addressed at the highest levels of both the corporate and public sectors.

The 2006 CDC recommendations that HIV testing be a part of routine care must be implemented. When people know their status, they are significantly more likely to refrain from behaviors that put themselves and others at risk. Early diagnosis of HIV infection leads to better outcomes and is cost effective over time. Continued federal and private initiatives that encourage research will hopefully find a cure to this non-discriminating disease.

Resolved that the Log Cabin Board of Directors hereby asserts its commitment to these Republican principles as the guiding force behind the organization and its dedication to liberty and equality for all Americans.

Passed unanimously as "The Sill Resolution". The sill is the foundation log laid down first in a Log Cabin. 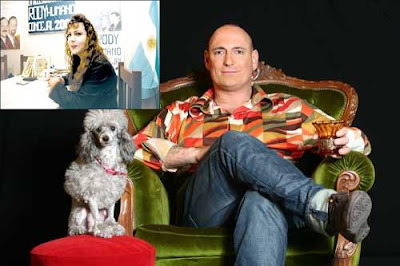