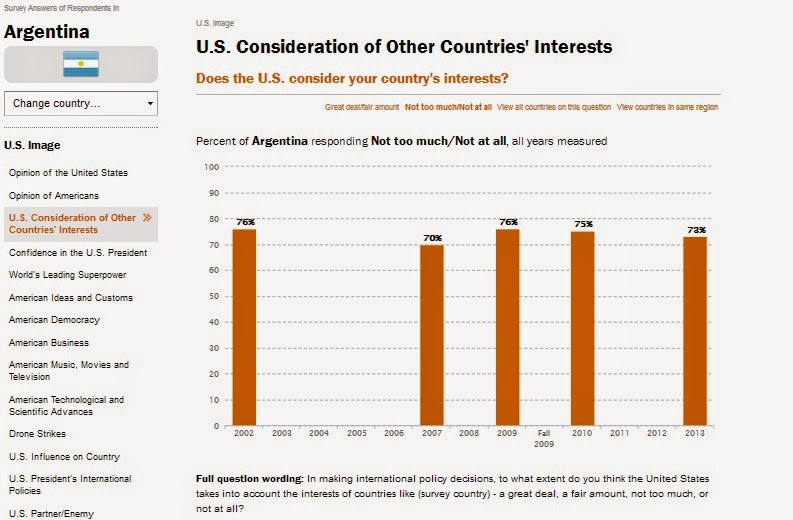 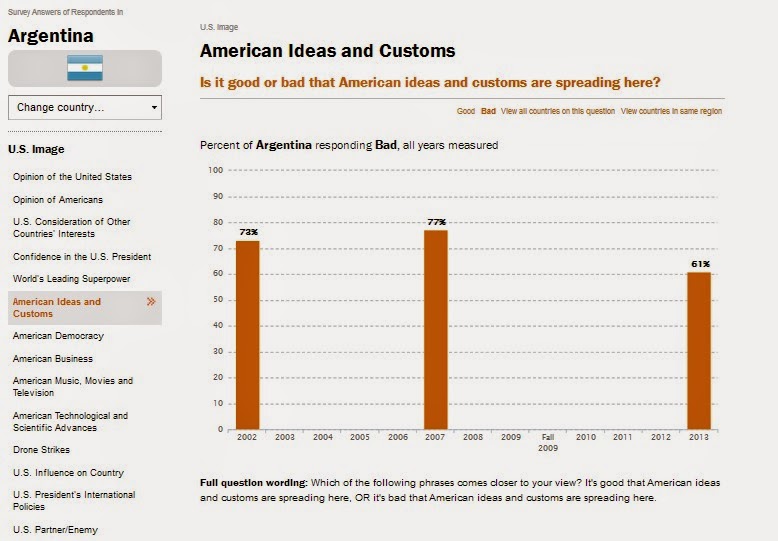 Argentines are among the most negative about US leadership in the world and very large majorities believe that the United States needs to reduce its involvement in international affairs and the number of military bases it maintains overseas.

Argentina is one of only two countries where a majority (55%) believes that “the US should withdraw from most efforts to solve international problems.”

In Argentina, contrary to the prevalent view in other countries, only one third (34%)
believes that the United States should “do its share in efforts to solve international
problems” with other countries.

Just one percent believes the United States should continue to be the “preeminent world leader.”

Sixty-two percent in Argentina agree with the statement that “the US is playing the role of world policeman more than it should be,” with just 27 percent disagreeing.

An overwhelming majority (84%) does not trust the United States to act responsibly in the world, including 69 percent who do not trust it at all, more than any other public polled.

Asked about what the United States should do about the number of military bases it maintains overseas, three-quarters (75%) in Argentina believe that it should have fewer than it does now, again the largest number out of any country polled
http://www.worldpublicopinion.org/pipa/pdf/apr07/CCGA+_ViewsUS_article.pdf