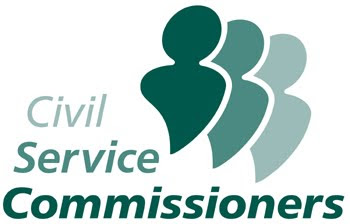 In general use, the term civil servant in the United Kingdom does not include all public sector employees; although there is no fixed legal definition, the term is usually defined as "a servant of the Crown working in a civil capacity who is not the holder of a political (or judicial) office; the holder of certain other offices in respect of whose tenure of office special provision has been made; [or] a servant of the Crown in a personal capacity paid from the Civil List".[2] As such, the Civil Service does not include government ministers (who are politically appointed), members of the British Armed Forces, police officers, local government officials, members of the National Health Service, or staff of the Royal Household. As of 2007, there are approximately 532,000 (499,000 full-time equivalent) civil servants in the Home Civil Service.[3]

There are two other administratively separate civil services in the United Kingdom. One is for Northern Ireland (the Northern Ireland Civil Service); the other is the foreign service (Her Majesty's Diplomatic Service). The heads of these services are members of the Permanent Secretaries Management Group.[4][5]